The GIAV held a very successful 2015 Annual Lunch and Meeting  on Friday 28th August 2015.  Our Annual Lunch was sponsored by the NAB and held at the Lakeside Stadium, Albert Park.

In the morning the following members provided an insightful discussion of the state of the winter crop production for south eastern Australia: Please contact the Secretary if you would like a copy of the crop production information and notes that were taken during the panel discussion.

Over looking the Lakeside sports field and city skyline, the newly refurbished Stadium was be a perfect backdrop for Drew to deliver tales of his life as a member of the ABC Grandstand team, Channel 7 sports commentator and his coverage of the Olympics, footy and cricket.

During the lunch the outgoing President Michael Wood thanked retiring Committee members David Brook and Bill May for their many years of contribution to the GIAV. 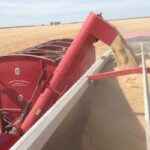 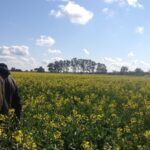